The Effect of Moderate Processing On Color of Soybean Oil 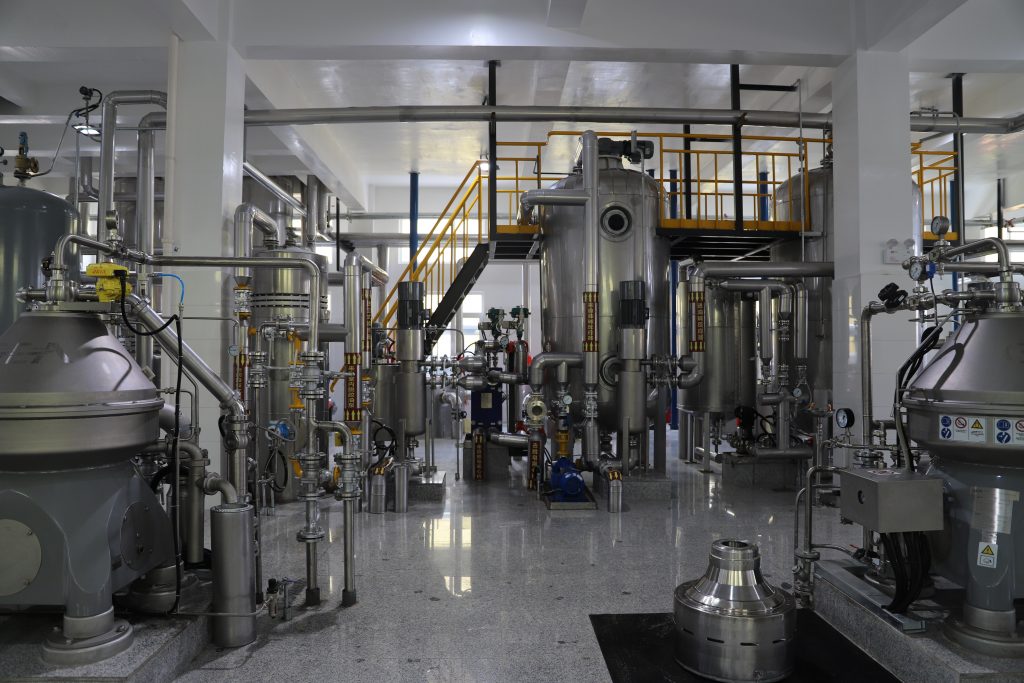 Energy conservation and emission reduction have always been the key content of oil industry research, especially in recent years, the state has increased its capital investment in energy conservation and reduction of “three wastes” emissions. It aims to conduct beneficial research on the decolorization process of oils and fats. Among them, at a certain temperature, reduce the amount of decolorizing agent, control the depth of grease decolorization, and combine with high temperature decolorization to achieve the purpose of moderate processing. Finally, it is verified through experiments that the oil to be decolorized is added with 0.9% white clay, and the decolorization time is 20 minutes, and passes the high temperature of 250 ℃. After treatment, it meets the national second-level edible oil requirements, and oil color stability to place time to grow, not easy to fade.

The purpose of oil decolorization is not to theoretically remove all pigments, but to improve the color of oil and provide qualified raw oil for oil deodorization . Crude oil with more impurities or high acid value will increase production refining consumption . Therefore, the formulation of color standard of decolorized oil shall be based on the quality requirements of oil and its products. The pigments in the oil include chlorophyll (which makes the oil green) and carotenoids (in which carotene makes the oil red and lutein makes the oil yellow). In individual oils, there are special pigments such as gossypol (which makes the oil dark brown) . These oil soluble pigments are brought in by the oil itself. These pigments can be removed by decolorization, because most heat sensitive pigment substances, such as chlorophyll, carrot and carotenoid, have high adsorption capacity on some adsorbents, mainly because their molecules not only have high hydrophobicity, but also their ring structure can be combined with some groups on the adsorbent by π bond , The oxidation of oil pigment is the main factor affecting the color and recolor of soybean oil . In addition, there are some pigments generated in the processing process, such as chlorophyll changing into chlorophyll red variety under high temperature, free fat.

(1) Acid value was determined according to GB/T5530 — 1998. Weigh 3 ~ 5g potassium hydroxide and inject it into the conical bottle, add 50mL of mixed solvent, shake to dissolve the sample, then add three drops of phenolphthalein indicator, titrate with 0.1 equivalent concentration of lye until the slight red color does not disappear in 30s, write down the number of ml of lye consumed, and obtain the result through calculation.

(2) The iodine value was determined according to GB/ T5532-2008. Add 20mL carbon tetrachloride or chloroform to dissolve the sample and 25mL Wessler solution. Plug the sample immediately (the plug and the mouth of the bottle are coated with potassium iodide solution to prevent iodine volatilization). After shaking well, at (20±5) ℃, Then, immediately add 20mL of 15% potassium iodide solution and 100mL of water, titrate with 0.1 equivalent concentration of sodium thiosulfate solution until the solution turns light yellow, add 1mL starch indicator, and continue titrating until the blue color disappears. Do two blank experiments under the same condition, take its average value to calculate the result.

(4) The content of carotene was determined according to GB 5413.35-2010. 50g (accurate to 0.0001g) of the sample was weighed and placed in a 250mL triangular flask, 1.0g ascorbic acid was added, saponified, and its content was calculated by chromatographic analysis.

(5) Determination of chlorophyll content refer to the method of chlorophyll content in rapeseed in GB/T 22182-2008. A 5mL sample was taken, anhydrous ether was used for constant volume to 50mL, and its absorbance value was measured at wavelength of 665, 705 and 625nm (the absorbance at 705nm and 625nm was used for calibration reference line). The average value was obtained by parallel experiments for two consecutive times according to the unified method.

2.2 Analysis of decolorization effect with different amounts of clay

It can be seen that when the addition amount of white clay is 0.9%, the refined oil has reached the national secondary edible oil standard under 240℃ high temperature treatment. On this basis, with the increase of the addition amount of white soil and the temperature, the refined oil obtained meets the requirements The national edible oil standard, and the decolorization effect is almost better with the increase in the amount of white clay added. However, if the amount of clay is increased blindly, although the decolorization effect will be better, the practical significance of energy saving and emission reduction has been lost; and with the increase in the amount of decolorizing agent, the oil consumption will increase (activated clay absorbs about 30% of oil, and activated carbon absorbs oil. More), the oil will also have a strong white earth smell, which makes it difficult to deodorize the oil. Therefore, seven groups of oil samples within the scope of practical operational significance are selected for the next storage experiment, and more reasonable operating conditions are selected.

According to the experimental purpose of energy saving, emission reduction and moderate refining, 7 groups of soybean decolorized oil after reaching the national standard are selected. In order to facilitate the expression, the refined oil of Y3.5 starts at 240℃ and reaches 250℃, and Y2.1 is in the order of reaching the national standard. Marked with A, B, C, D, E, F, G. 2.3.1 the color and lustre change of soybean oil under daylight lamp irradiation ,the measured soybean oil is stored for 18 d under sunlight, and the color and lustre change of soybean oil is shown in Figure 3

It can be seen from Figure 4 that the color and lustre change of soybean oil stored under natural light is more complicated, especially during the storage process of the first two months. It may be because soybean oil is rich in tocopherols (0.09%~0.28%), and tocopherols are absent. Color and odorless, heat-resistant when there is no oxygen, it has anti-oxidation ability at 200℃. At high temperature, it can be oxidized to produce colored -5,6-quinone, producing brownish red or brownish brown. While oxidizing, it can also produce other products. Pigments such as quinones. The processing conditions in this experiment are high temperature 250℃ or higher, and more chances of contact with air under natural astigmatism are the main reasons that cause the sample to turn back color in the early stage. The samples B, D, and E in the picture are all within the scope of application allowed by the state during the storage period of 4 months. Other samples such as sample A have exceeded the national standard within 2 months. The latter samples will be placed in the later stage. The color returns quickly.

As can be seen from Figure 5, the color changes of all samples were relatively stable under dark storage. Samples A exceeded the national standard after more than A month, while samples C, D and E were always in the national standard within three months. The other samples were all in the national standard during the experiment period, which indicated that the color and lustre of soybean oil under the condition of light protection presented color reversion stability. The reason that affected color reversion during this period was the red substance formed after oxidation of tocopherol. It was reported in literature that oil color change was related to tocopherol oxidation.

Activated carbon, diatomite and clay are selected as adsorbents to conduct decolorization experiment on the same oil sample at the same time. The experimental results are shown in Figure.6

Figure 6 shows that in the decolorization process before 20min, the order of decolorization effect is activated carbon > diatomite > white clay. With the extension of decolorization time, the difference between adsorbents becomes very small. In view of the purpose of energy conservation and emission reduction, white soil with lower cost is selected.

In the process of decolorization, the adsorption of pigment by adsorbent is carried out on the surface of adsorbent, which belongs to heterogeneous physicochemical process. Proper mixing can provide uniform contact between oil and adsorbent, which is conducive to the establishment of adsorption balance and avoid the deterioration of oil caused by long-term contact. In the normal pressure decolorization operation, the mixing strength can reach the uniform suspension state of the adsorbent in the oil, not too strong, so as to reduce the degree of oil oxidation. The mixing intensity can be more intense in the decompression decolorization operation, so as not to cause the splash of grease. According to the comparative analysis at 100, 150, 200, 250 and 300r / min speeds, as shown in Figure 7, 250r / min is the most suitable.

3.1 According to the above factors analysis, the decolorization process of soybean oil refining can select the refining conditions according to its own needs, while as a general edible oil, moderate refining can be selected. In this experiment, according to the change of oil color in storage and the optimization of refining process, compared with the national standard and the purpose of energy conservation and emission reduction, decolorizing oil was selected to add 0.9% white soil. After high temperature treatment at 250℃, it reached the national requirements of second grade edible oil, and the oil color was stable and placed for a long time, and it was not easy to return to color.

3.2 Studies have shown that soybean oil is prone to color reflux under sunlight and natural light, and even minor changes in refining conditions can bring serious color return. It is recommended that soybean oil should be stored and packed away from light after processing.

Chemsta has been engaged in vegetable oil refining for more than 40 years, with rich engineering and technical experience, we can provide you with suitable refining technology and process, and look forward to cooperating with you. 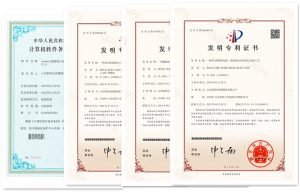 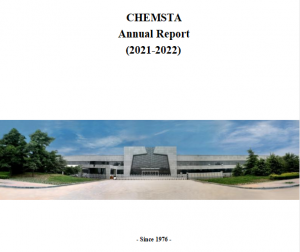